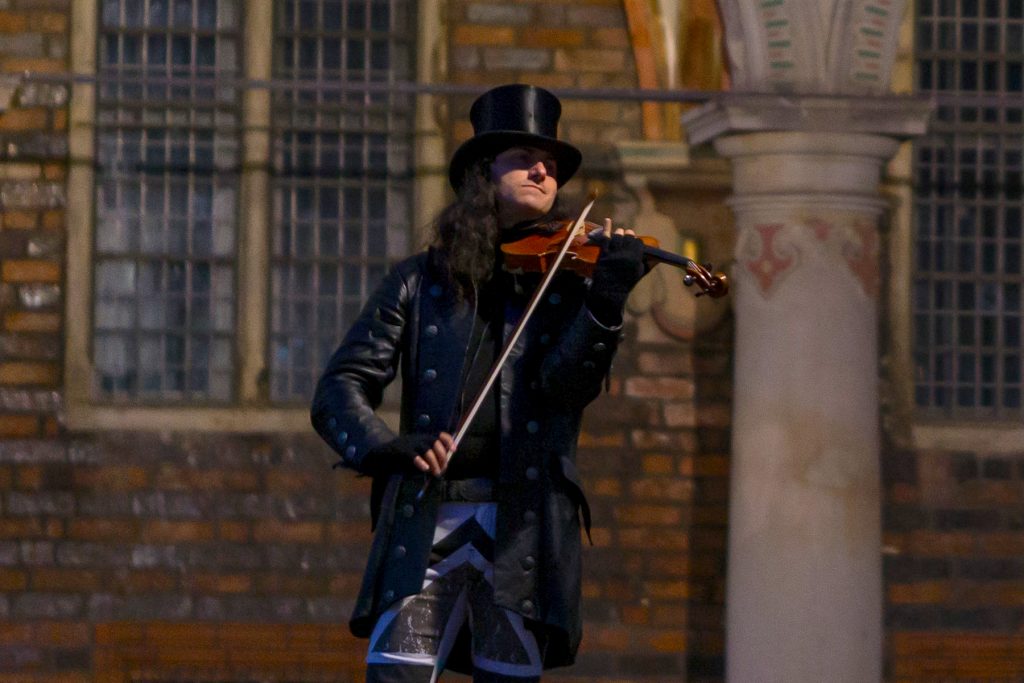 When Michael first started playing the instrument in public at the age of seventeen, he only had the violin and a bow in his hands. He started out playing acoustically and without effects, complete improvisation inspired by a moment.

Then his journey brought him to the electric sound that took him many years to master.

Many listeners know Michael as a Rock Violinist.

In 2019, Michael got back to his roots and started actively using acoustic violin again since a very long time.

When Michael was a kid, one of his favorite children’s stories was the “Town Musicians Of Bremen” by brothers Grimm. He was obsessed with its characters and their adventures. By a turn of fate, Michael moved to Bremen in 2016, and as if bringing a fairy tale into reality, he literally became one of the Bremen’s mythological musicians.

Instinctively, Michael found just the right aesthetic image to go with the beautiful historic setting of the Bremen’s Market Place, where his performances are now taking place the majority of time, out in the open air. There is a deep natural echo in that space, that resonates within it’s ancient walls. The light and the shadow, the mystical figure of the violinist playing in semi-darkness, with Gothic imagery adorning the space, creates a perfect spiritual and romantic atmosphere, that sets the imagination free.

In 2022, all pieces fell into place, as Michael finalized his Acoustic violin concept, that combines his personal favorites in many genres, including International Retro-Pop, poignant Progressive themes and Heavy Metal tunes within a high-class performance.