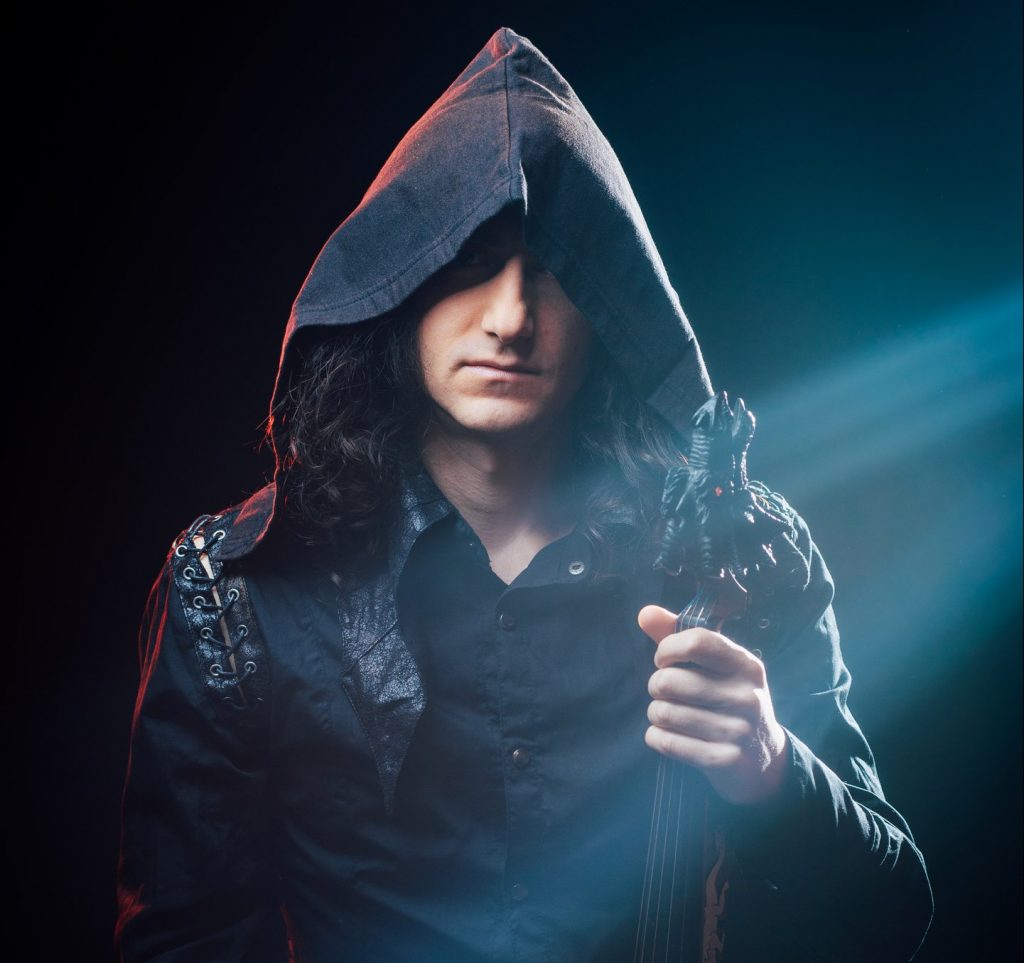 In my own words:

I am a mainly self-thought violinist that has played professionally since the age of seventeen.
Through the years I have formulated a unique electric violin playing style which I call “Shred Violin”. It was inspired by Hard N’ Heavy electric guitar from the 80’s AKA Van Halen, Yngwie Malmsteen, Steve Vai, Jason Becker, Zakk Wylde and later Shawn Lane, Buckethead, and Mathias IA Eklundh among many others.
I write original songs and have made numerous demos and one full-length album “Home” in 2012.
Since 2016 I have mainly performed on Acoustic violin, with which I have been working while playing covers and re-imagining my originals.
I’ve lived and performed in various cities around the world, namely Moscow, Montreal, New York, Tel Aviv and Bremen, where I currently resign.

“I was born in the USSR – a paradox country that has infused the best and the worst of humanity in the most extreme of forms.
All types of Western Rock or Pop music were forbidden, (with few rare exceptions) and it was illegal to own a record from “the overseas”.
When I grew up this has slowly started to change and so I was very lucky to be able to discover music from around the world starting at the very early age.
When I was a child I enjoyed popular genres of music and was an avid listener of Paul Mariat, Vladimir Cosma, “Abba”, Toto Cutugno, “Ricchi E Poveri”, “Al Bano & Romina Power”, Modern Talking, Bad Boys Blue, C.C. Catch, Sandra and many other such acts.
Their simplicity and melodic hooks plus energetic rhythms and clear production has influenced my taste a great deal.
Later I’ve discovered Michael Jackson, Madonna, U2, Sting, Peter Gabriel, Depeche Mode, A-Ha and Pet Shop Boys, as well as some Rock acts like The Beatles, The Rolling Stones, Led Zeppelin, Paul McCartney, Rainbow, Deep Purple, Europe and Yngwie Malmsteen some of which had “official” licensed releases made available. This elevated my knowledge further.
But it was when I was around fourteen, that I have discovered real Heavy Metal and Hard Rock by listening to a pirate radio, using my father’s transistor while he was away on a business trip.
Knowing that I only had a few days at my disposal I was sure to record the heavily distorted radio transmissions onto my tape machine.
The first real Hard Rock song I heard was “Women” by Def Leppard. It changed my life. Next day at school it was playing non-stop in my head.
I was surprised at how melodic and emotional the “evil western music” turned out to be.
In the next weeks and months I’ve discovered Black Sabbath, King Diamond, Dio, Iron Maiden, AC/DC, Ozzy Osbourne, Kiss, Riot, Metallica, Megadeth, Judas Priest, Twisted Sister, Manowar, Cinderella, Kingdom Come, Slayer, Metal Church, Kreator, Dokken and others.
My path was set…”